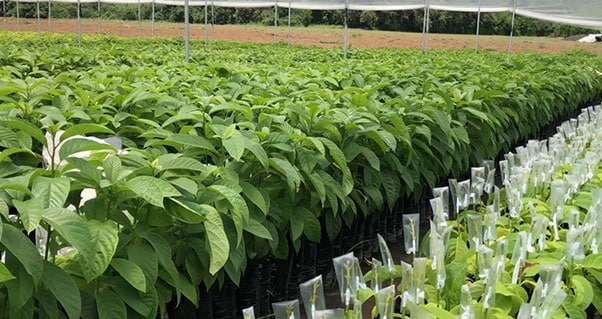 The recent arrival of such companies like Green Fruit Avocados, Florius Flowers and Viveros Genesis Colombia, show the region’s agricultural leadership and fruit production potential, making it attractive for the Pacific Alliance markets.

Valle del Cauca is known for its agricultural leadership, which positions it strongly at an international level and make it a strategic destination for foreign investment.  As shown during the ‘First Agricultural Corporate Meeting for the Pacific Alliance’ held in the city of Cali; a space for conversation among corporate leaders and authorities from Chile, Mexico, Peru, and Colombia, where trading and investment opportunities are analyzed to promote the region’s growth and competitiveness with such global players.

These development opportunities for the region have to do with the highest levels of productivity offered by their lands, as well as vast agricultural expansion. The composition of agricultural soils in the region is quite diverse, and although it is the main agro-industrial producer in the country, it is also leader in other agricultural production chains.  For instance: With only 1.9% of the national territory, it is the main agricultural producer in Colombia, generating 41.4% of the total harvest in the nation (an equivalence of about 23 million tons).

Fruit chain has a wide potential, since Valle del Cauca is Colombia’s third fruit producer (9.1% in the country).  High and flat areas in the region, generating a variety of micro-climates, allow very fertile soils located upon the most important water source –underground waters- of Colombia’s southwest region, making the 591.954 agricultural hectares available for high quality and yield farming, while offering a crop diversity during the whole year.

According to Invest Pacific’s consolidated figures, 19% of the regions agricultural hectares are for fruit farming –a good 112.471 suitable hectares- making Valle del Cauca a national leader producer of grapes (78%), common banana (30%), citric (25%), lulo (16%), and cantaloupe (12%), a variety of tropical fruits setting the region as one of the main fruit pantries in the country.

The Department is also known for other fruits, which according to expert’s opinion has a high potential for the region, such is the case of pineapple (18%), papaya (18%), macadamia nuts (16%), passion fruit (7%), hass avocado (7%) and pitahaya (6%).  On the other hand, in terms of average fruit crops yield, Valle del Cauca leads the national ranking with peach (18 Tons/ ha), coconut (12 T/ha), and macadamia (4 T/ha); being second with production of pineapple (59 T /ha) and cantaloupe (28 T /ha).

In the last seven years, nearly 90 foreign companies, with investments above US$900 million, chose Cali and other municipalities of Valle de Cauca to settle their operations and promote the country’s progress, generating more than 9.000 jobs.  These multinationals are not only contributing to the city capital’s corporate tissue, but also to other municipalities in the region, settling or investing in: Palmira, Yotoco, El Dovio, Yumbo, Buga, Roldanillo, and Trujillo, among others.

“We have seen how Valle del Cauca is a region that rules this important economic line in Colombia, given its high agricultural vocation, its increasing field production technology and the advantages of its geographic location, competitive costs, infrastructure, connectivity, and available man power.  The arrival of important foreign companies such as Green Fruit Avocados, Viveros Genesis Colombia and Florius Flowers, among others to settle their crops, show this favorable investment outlook for the region and the country” stated Alejandro Ossa Cardenas – Invest Pacific Executive Director.

Green Fruit Avocados is a north American avocado producing and trading company.  The company arrived in 2018 and settled in the municipality of Bolivar, Valle del Cauca, to establish there a 100 ha crop of hass avocado, responding to markets from America and other countries, forecasting the generation of 30 direct employments.

Flower producing company from the Netherlands will generate more than 1.000 employments in Valle del Cauca http://www.investpacific.org/es/pressroom.php?id=707

Florius Flowers is a flower production leading company from the Netherlands that will have flower crops of high export quality, settled in the municipalities of El Dovio and Roldanillo.  This very important Netherlands company, with more than 20 years of experience in the market will generate an important number of employments in the region, with more than 10 direct jobs per hectare of crop for neighboring workers.  All together, the 100 farmed hectares will translate in 1.000 direct employments for the Department.

Viveros Genesis Colombia is a Peruvian origin company settled in Trujillo since 2017, with Invest Pacific support, to become a key player in the region’s employment transformation and generation, particularly for single mothers.  The company settled its nursery at the Huasano village, with their citric seedlings, hass avocado and grapes, for national and international distribution for a current generation of 22 direct employments.

Valle del Cauca also stands out for having a strong corporate and institutional tissue, and a synergy between the public and private sectors that has enabled the leverage of the region’s competitiveness.  Companies such as Olmue, Frutales Las Lajas and Pacific Fruits stand out as well.

There are also important research centers of international reputation such as The International Center for Tropical Agriculture – CIAT*-, The Colombian Corporation for Agricultural Research –Agrosavia*-; support entities such as the Agricultural and Livestock Association of Valle del Cauca – SAG*-, The Fruit and Vegetable Association of Colombia –Asohofrucol*-, Parque Biopacifico, among others, dedicated to providing all the needed information required by the sector’s companies and farmers.

Therefore, more national and foreign business men keep choosing Valle del Cauca, as Colombia’s great fruit pantry.  With that task, Invest Pacific, along with the Department’s Governor, Cali’s City Hall, and Chamber of Commerce, and important Governmental entities such as Procolombia, will keep fostering these enticing opportunities that promote the country’s growth and development.

Caicedonia, one of the ZOMAC municipalities most committed with attracting foreign investment

Tostao’, the coffee with a social aroma that came to Cali

Caicedonia, one of the ZOMAC municipalities most committed with attracting foreign investment

Tostao’, the coffee with a social aroma that came to Cali