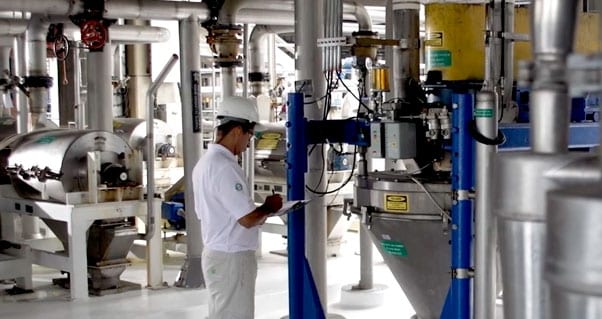 A positive outlook in terms of attracting foreign direct investment was achieved by the Investment Promotion Agency in the Colombian Pacific, Invest Pacific, for Cali and Valle del Cauca during 2018, by supporting the arrival of 20 important investment and reinvestment projects of companies in the manufacturing, services, logistics, and agro-industry sectors, with an investment amount close to USD$180 million, thus exceeding by 55% the investment reached in 2017.

According to figures consolidated by Invest Pacific, a regional entity that accompanies and advises investors in their decision process to settle in the territory, these investments and reinvestments are projected to generate nearly three thousand jobs.

“2018 was a year in which we were able to ratify the region’s successful investment climate, with projects from countries such as the United States, Mexico, Spain, the United Kingdom, Belgium, Holland, Israel, Chile, Panama, Nicaragua, Peru, Venezuela and also Colombia, which found in the city-region the conditions and competitive advantages for its establishment. Nearly 50% of these projects respond to companies that were already installed and that product of the dynamics of the country are expanding their operations in the region,” said Alejandro Ossa, Executive Director of Invest Pacific.

It should also be noted that the multinationals that invested and reinvested during 2018 chose to set up their operations, in addition to Cali, Yumbo and Palmira, in other municipalities such as Bolívar, Candelaria, Roldanillo and Seville, which demonstrates the conditions of productivity, business network, labor and a wide range of services available in the region.

Among the investments are GreenFruit Avocados, a U.S. producer and marketer of avocado Hass, which was installed in the municipality of Bolivar, Florius Flowers, a Dutch company dedicated to the production and marketing of flowers for export, which in 2019 begins operations on land located in Roldanillo. Also, the expansion of the plant of the Spanish company Rodriguez Lopez Auto, located in the Pacific Free Zone, from where it manufactures ambulances to serve the South American market.

Similarly Faranda, a Spanish hotel chain that has already opened its first hotel on the Bulevar del Río in Cali; LGMD Solutions, a BPO service center in Nicaragua; Colgate, a multinational that is in the process of opening a new distribution center in Palmira; ICCS, a customer service call center that will serve the European market from Cali.

“In the last eight years, 97 foreign and domestic investment and reinvestment projects have been installed in Valle del Cauca, with figures exceeding US$926 million, generating more than 9,700 jobs. We expect by 2019 to have 26 projects that generate around US$183 million and 1,500 jobs,” added the Executive Director.

2018 was also a year of significant recognition for Invest Pacific’s work:

– The United Nations Conference on Trade and Development (UNCTAD) recognized it as an agency committed to attracting investment that contributes to the Sustainable Development Goals.

– Site Selection recognized it as one of the best investment promotion agencies in Latin America and the Caribbean in 2018.

– The FDI Strategy Awards 2018 from the Financial Times highlighted the entity for its aftercare strategy, this year being the only investment promotion agency at the level of Colombia in this category.

Invest Pacific promotes investment in the city-region in a cohesive exercise with the public and private sectors. The entity accompanies the investor in the installation process, with strict levels of confidentiality and free of charge.