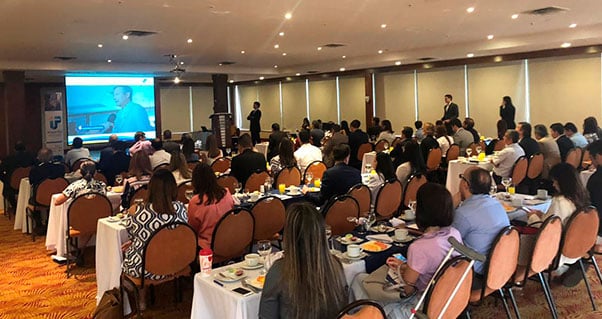 With the arrival of 20 foreign direct investment projects, representing USD $181 million and that project to generate more than three thousand new jobs for the region, the Investment Promotion Agency in the Colombian Pacific, Invest Pacific, closed 2018 in a very positive way, ratifying Valle del Cauca as an increasingly attractive destination for world-class players.

Achievements such as these were shared during the IX General Assembly held by the entity in March, a space of value that brought together founding members and the Board of Directors, contributors and strategic allies of the public and private sector, who contribute every day to the work of promoting foreign direct investment led by the entity. Precisely, the results presented here respond to the action plan drawn up for 2018, within the framework of the Strategic Planning for the period 2015 – 2019.

“It is worth mentioning that the investment reached in 2018 by Invest Pacific grew by 55% compared to the previous year. In addition, of those 20 investment projects that arrived,10 correspond to the installation of new foreign and national companies, and another 10 to the reinvestment of already established companies. All this shows the right moment the region is going through, as it continues to be an ideal place for the arrival of companies from different sectors and from various countries,” said the Executive Director of the Agency, Alejandro Ossa Cardenas.

These 20 investment projects come from countries such as The United States, which represents 25% of the total origin of the investments. It is followed by Spain, with 15% and the United Kingdom, with 10%. Similarly, Mexico, Belgium, Holland, Israel, Chile, Panama, Nicaragua, Peru, Venezuela and investment from Colombia, each with 5%.

In addition, these companies chose to set up operations not only in Cali, Yumbo and Palmira, where the investment has traditionally been based, but also in other municipalities such as Bolívar, Candelaria, Roldanillo, El Dovio and Seville, which demonstrates the high offer of services and the ideal conditions that Valle del Cauca has in its different cities to attend the arrival of a foreign company, which, in turn, contributes to sophisticated productivity in the area and generate formal employment opportunities for its communities.

The good productivity conditions, the strong business network, the highly qualified labor force and the wide range of services that the entire region has and that are being valued by world players, are some reasons that make up the value proposal and competitiveness of Cali and Valle del Cauca, which drives this successful climate for foreign direct investment.
This has made it possible for Invest Pacific to accompany the installation of 97 investment projects over the course of eight years since the creation of the entity that reaches more than US$929 million and generate 10,220 direct jobs.