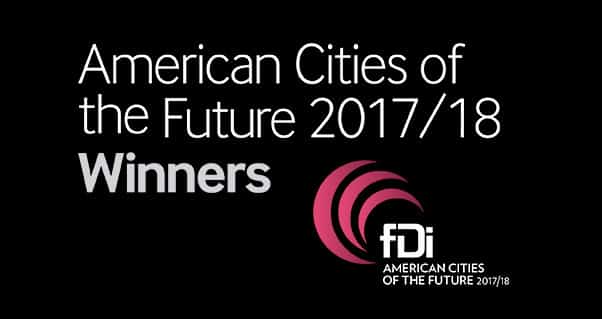 (Cali, April 18th, 2017) Financial times published a list of ranking wining cities “American cities of the Future 2017 / 2018” in which Cali, once again hit the Top 10 of the big cities with the best cost-benefit ratio.  The investment attraction strategy went up to the 7th position.

In the fDi Intelligence ranking American cities of the Future 2017-2018, Cali is once again in the Top 10 of its cost effective ration in terms of direct foreign investment, according to a paper published by the Intelligence Division of British Journal Financial Times (fDi Intelligence), one of the most important research centers on Foreign Direct Investment (FDI) in the world and mandatory reference for decision makers at the FDI.

It is the second time the city is internationally recognized in the FDI environment, and being among the 10 best cities consecutively during the last two surveys confirms the impact of efforts carried out in terms of visualization, trust and financial dynamics.

“This is an acknowledgment to the work we’ve been doing between the public and private sectors in several fronts, so that investors coming to Valle del Cauca can generate employment, and improve our citizen’s life condition” Said Alejandro Ossa, Executive director of the Agency. “To be attractive for investors due the cost-benefit ratio, is to talk about profitability and good return of investment for those who choose to settle in Valle del Cauca for business” added Invest Pacific’s Director

The foreign investment attraction strategy is the 7th best in the Americas.

This hierarchy considered criterion such as number of staff working at the agency and their level of training, the allocated yearly budget for investment promotion, strategic initiatives, active promotion sectors, governmental incentives available to foreign investors, digital promotion strategies, tools to identify potential investors for the region, urban infrastructure and planning projects, costs, marketing slogan, among others.