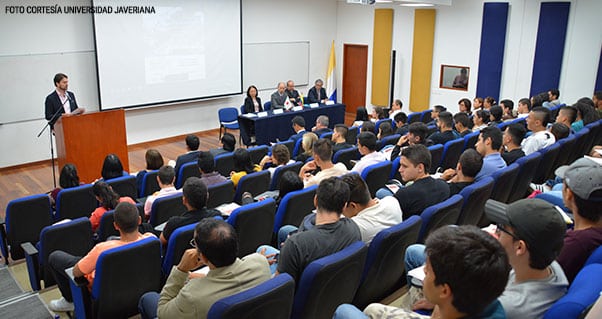 The Colombian – Japanese Chamber of Commerce and Industry, in association with the Embassy of Japan in Colombia, the Investment Promotion Agency for the Colombian Pacific –Invest Pacific-, and the Javeriana University of Cali, held the First Seminar ‘Japan as a Destination’ which purpose was to share and talk about the Japanese culture, the commercial opportunities and the influence of that country in ours.

“This first seminar is, without a doubt, a great window to knowledge, to generating ideas, and the ability to keep promoting a commercial landscape among both nations.  All these meeting and opening scenarios help us bond important relationships that have been strengthening for the last years between Japan and our Country, and of course with our region Valle del Cauca” stated Invest Pacific Executive Director during the inauguration.

Through the conferences all attendees had the opportunity to learn about the achievements of the region in terms of direct foreign investment, where several countries, Japan among them, are still setting their eyes on Valle del Cauca, given all of its competitive advantages and wide value offer due given its geostrategic location, connectivity and infrastructure, human talent, cost efficiency and life quality.

Likewise, the Executive Director of the Colombian – Japanese Chamber added: “it is very important for us to hold this kind of events, as it is necessary to start promoting a stronger outreach between business people of Valle del Cauca and the entire nation with those of Japan, helping promote further Japanese investment and agreements with the region and Colombia”.

According to information provided by the Colombian – Japanese Chamber, Japan has been a strategic partner for the country in terms of commerce, investment and cooperation, since currently it is the main issuer of Foreign Direct Investment (FDI) of the Asia – Pacific Region in Colombia, with a 47% share of investments.

Furthermore, Colombian exports to Japan increased a 30% in 2017 versus prior year, and Valle del Cauca’s were 9.5% exceeding the growth of other regions such as Antioquia and Bogotá.

“There are many manifestations of these relationship between both countries, having growth in different aspects which has helped improve and develop Colombia in issues such as agriculture, education, infrastructure, among others.  Also Japan’s cultural and economic input to Valle del Cauca has been a joined effort, and we are grateful this country still trusts the progress of the region and its inhabitants” said the Provost of Javeriana University of Cali.

This encounter which was held at the Javeriana University, also had the presence of important business people, public authorities and the academic community.