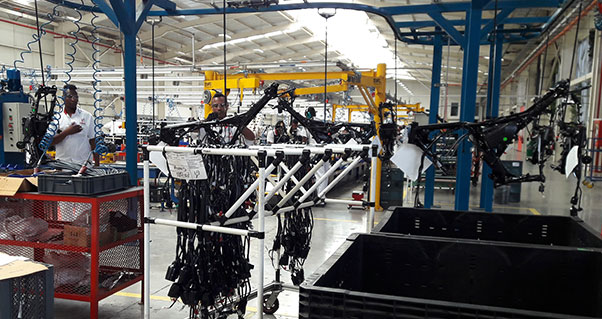 To continue promoting the positive investment climate in Valle del Cauca, Invest Pacific – the Investment Promotion Agency in the Colombian Pacific – will develop a strategic mission to the United States between September 9th and 13th to attract companies in the manufacturing sector to choose the region as their next investment destination.

The mission, led by Mauricio Concha, investment manager of the manufacturing sector of Invest Pacific, will be carried out together with of the Pacific Free Trade Zone, with the support of ProColombia.

The agenda in this country will be developed in Chicago, Illinois and Cleveland, Ohio, cities where, according to Orbis Crossborder figures, the highest concentration of manufacturing companies with a high and medium propensity to invest are found.

Also, there will be a meeting with The Chicago Council for Global Affairs, an association that offers companies the competitive advantage they need to thrive in the global economy. Some of its corporate members are companies such as Motorola, McDonald’s, Syngenta, United Airlines, Abbott, Ingredion Incorporated and Walgreens Boot Alliance, among others.

Both in Cleveland and Chicago, Invest Pacific will participate in one-on-one meetings with companies belonging to the Metalworking, Chemical, Pharmaceutical and Personal and Home Care subsectors, to discuss the region’s competitive advantages: the only multimodal platform in Colombia on the Pacific Ocean, which includes the Port of Buenaventura, free zones, airport, and modern highways; the most competitive salary costs in Latin America and a world-class business network.

Valle del Cauca already has over 40 American companies established in the region in different economic sectors that have contributed to its economic development. Some of these companies are: Apex Tool Group, Colgate-Palmolive, Aptar Group, Clarios (formerly: Johnson Controls), Abbott Laboratories, Berry Global, Goodyear and Johnson & Johnson, among others.