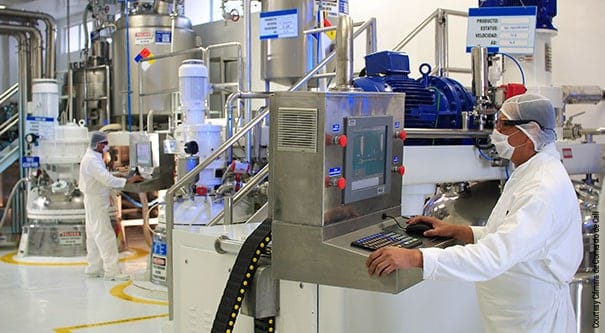 • Learn about the investment and growth opportunities that this Colombian Pacific region offers to assure supply chains for US companies which are currently highly dependent on production in China.

• Metalworking, Electrical Equipment, Pharmaceutical and Medical Supplies, Auto Parts, Toys and Furniture are six of the subsectors that Valle del Cauca can supply as a manufacturing and export platform for the United States and the countries of the region.

Valle del Cauca, in the Colombian Pacific, hosts more than 180 foreign capital companies, which represent 48% of the region’s exports, and at least 11% of its GDP. 35 of these companies are from the United States, contributing 52% of the exports of all the multinationals in the region. The aforementioned, in addition to broad competitive advantages, including the geographical proximity to the United States, its multimodal platform and the advantages of Colombia’s FTA with the North American country, make Valle del Cauca a great nearshoring opportunity for American companies that are looking to relocate its operations due to the effects generated by the Covid-19.

Nowadays, the U.S economy is highly dependent on China in many key industries. According to a study by the Henry Jackson Society, more than 50% of US imports come from the Asian country, reaching values that exceed USD $220,000 million, in almost 500 key products for the metalworking, automotive, pharmaceutical and electronics industries in the United States. It is where Colombia plays a very important role in favoring these American companies, and where regions such as Valle del Cauca stands out as a great nearshoring option for companies leaving Asia, thanks to the region’s extensive productive capacity to guarantee the supply chain of these companies.

To begin, Valle del Cauca has a large capacity to stimulate production and meet the needs of Metalworking operations in the segments of metal structures for construction, light metal manufacturing and machinery, and general equipment. Electrical Equipment, in segments such as electrical accumulators, wiring devices, electricity distribution and control devices. And Pharmaceutical and Medical Supplies, for the segments of pharmaceutical supplies and vitamins, medicines for therapeutic or prophylactic use and surgical instruments.

Additionally, this Colombian Pacific region has great potential to accelerate the development of other emerging sectors to meet the needs of American companies in: Furniture like metal office furniture, wood-frame seating and kitchen furniture segments in wood segments. Scale-up toys and board games. And Auto parts, particularly in the production of car seats, electrical wiring, engine ignition equipment and metalworking parts.

To favor the presence of more US companies in Colombia and present all these investment opportunities offered by the regions such as Valle del Cauca, the Colombian Government, the Valle del Cauca Government and Invest Pacific, along with the leadership of the Colombian Embassy in the United States, and the support of ProColombia and the Ministry of Commerce, Industry and Tourism, lead a strategic Bureau to continue promoting foreign investment from the United States in the country.

That is why, during a recent meeting held on July 2nd, the value proposition offered by Valle del Cauca was presented to the Colombian Ambassador in the United States, Francisco Santos and his team along with an analysis of the business sectors that after the Covid-19 pandemic have been affected by their operations in the Asian giant. This with the intention of exploring the continuity of their production processes closer to the US market in a nearshore location.

“Maintaining competitive advantages and reducing risk in the supply chain are factors that endorse the relocation of American companies in our country and region with production bases in Asian countries. In this sense, Valle del Cauca represents an ideal option, thanks to all its competitive advantages. Therefore, under the leadership of the Valle del Cauca Government and in coordination with the Embassy and the National Government, we are working to present the opportunities offered by our region to more American companies”, explains Alejandro Ossa Cárdenas, Executive Director of Invest Pacific.

Valle del Cauca is the only multimodal region in the Colombian Pacific and it has the Port of Buenaventura with its five port terminals. Its location makes it an important export and investment platform for national and international businesses with great employability potential thanks to the available human resource in the territory. The Port has, in turn, a direct twelve-day connection to the Port of Los Angeles, California, which facilitates access to markets in the American West Coast.

The Valle del Cauca region has six Free Trade Zones with a logistical and industrial vocation, the best highways network in Colombia and an international airport with high connectivity between the main cities in the East Coast of the United States and Texas. Through the Port of Buenaventura, Colombia moves 42% of its foreign trade (excluding mining and energy). The region has the most diversified export basket in Colombia and it contributes 12.2% of the country’s non-mining energy exports. With 1.9% of the national territory, Valle del Cauca contributes 9.7% to Colombia’s GDP.

Developing an operation in Colombia with an export vocation to the United States is also favorable thanks to the fact that the same time zone is shared, and you can access 67% of the domestic market and 61% of the population within a radius of only 450 kilometers, with a highly competitive cost structure. Valle del Cauca offers very competitive costs, a wide range of products with a 0% tariff and a stable fiscal regime.

In addition to the above, Colombia has broad advantages thanks to the FTA signed with the United States. Its rules of origin conditions allow American companies that are interested in relocating their operations, to incorporate raw materials and goods in process from China, only committing in most cases to a national added value of 35% to 45%.

“Today Colombia has the best FTA with the United States, an advantage that coupled with the geostrategic location of the Port of Buenaventura, gives Valle del Cauca the best position as a nearshoring option within the Pacific Alliance and the Andean Market. It is a region that has a potential of more than 250 million consumers with a per capita income of USD $ 18,266”, says Clara Luz Roldán, Governor of Valle del Cauca.

All this adds up to a resilient business environment and workforce thanks to the adaptability of companies, as well as the support of the National Government and regional institutions. This has allowed foreign companies already located in Valle del Cauca to keep their operations working amidst the pandemic and quarantine measures, assuring the supply and contributing to the recovery of the region.

Invest Pacific is the Valle del Cauca’s regional investment promotion agency, which works in synergy with the Valle del Cauca Government, municipalities, the National Government, academia and the private sector in the region to promote the arrival of foreign companies to the region, contributing to the generation of more formal jobs, and the social and economic transformation of the region and the country.

Connect with the bilingual job opportunities in the region

Connect with the bilingual job opportunities in the region