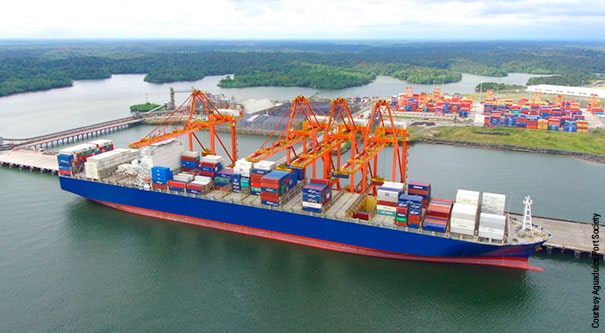 Companies from Japan, China, South Korea, and Singapore received first-hand information on the advantages and opportunities of this region as a logistics and export platform, by learning about Asian investment success stories in this region of the country.

In order to show the competitive advantages of the Southwest part of the country in its path to become stronger as an export and logistics distribution center platform for various markets, ProColombia, the Inter-American Development Bank IDB, Araújo Ibarra and Invest Pacific organized a webinar in which 250 companies, mostly from Japan, China, South Korea and Singapore participated.

Through the presentation of ProColombia’s nearshoring strategy in Asia, they received first-hand information on the advantages of the Pacific region and preferential access due to the trade agreements,. The registered companies are mainly from the infrastructure and logistics, agro-industries, industries 4.0 and metalworking sectors.

“Valle del Cauca is a vital area for Colombia’s economy: It has seven free trade zones located in this region that contribute with 45% of total exports from all Colombian free trade zones according to Invest Pacific. One of them is Zonamerica, a services free trade zone that is one of the country’s most important ones in this sector”, said Flavia Santoro, president of ProColombia. She also insisted on Colombia’s attributes to attract foreign investment with an export vocation such as its economic and political stability, its infrastructure and a dynamic economy.

In addition to being the second department in non-mining energy exports, it is a region with modern roads and infrastructure and an international airport that, in times of normalcy, has up to 80 international flights. Last year, more than 11,7 million tons were mobilized by the Port of Buenaventura, Colombia’s main Pacific port with direct connection to 360 ports and indirect connection to 920 others.

Alejandro Ossa, Executive Director of Invest Pacific, highlighted the work being done together with ProColombia, the Valle del Cauca Government and the diplomatic missions of Colombia, mainly in the US and Asia, to boost the region as a great opportunity for nearshoring. This is specially true for American companies seeking to relocate their operations, as well as for Asian companies focused on serving the U.S. market, due to the region’s geographical proximity and the advantages of Colombia’s FTA with the American country. “Today, more than 180 multinational companies of foreign capital operate in Valle del Cauca, contributing with 48% of its exports; It is the only multimodal region on the Colombian Pacific, whose location makes it an important export and investment platform, with great employability potential thanks to available human resource”.

It is also worth noting that within the strategy led by ProColombia throughout 2020 to position the export supply and attributes of the Southwest region of the country -in order to attract more foreign investment from the Asian market-, an agenda of commercial activities and webinars has been developed. The objective is to highlight the great opportunities between this region of the Colombian Pacific and the Asian continent.

All these efforts to continue showing the advantages of investing in Colombia have not stopped, even within the difficult isolation circumstances imposed by the pandemic. That is why, within the plan for the reactivation of the Trade, Industry and Tourism sector, and within the framework of the strategy of the Presidency of the Republic “Commitment for Colombia”, the Government aims to attract efficient foreign investment that results in job creation.

This action is based on three fundamental pillars: i) facilitation tools; ii) attracting companies withrelocation plans seeking a new organization of their supply chains and closer proximity to consumers; iii) the implementation of Sectoral and Regional Strategic Measures.

And that is exactly what this virtual meeting was looking for. This time, the webinar had the participation of companies such as Furukawa Electric, a Japanese group specializing in telecommunications and fiber optic cabling solutions which invested at the end 2013, around US$5 million in the construction of a plant, the first of its kind in the Andean region. This would be the third for Furukawa in South America in the telecommunications market in the Pacific Free Zone in Palmira, which was inaugurated in early August 2014. The investment has generated nearly 300 direct and indirect jobs in the region.

They chose to settle in “el Valle” because of its location that allows carrying out import operations of raw materials and exports of finished products to countries located in the Pacific basin. The ease of access to the internal market was also a major item that tilted the balance toward this area as the company has its clients in cities such as Bogotá and Medellín.

Another case was that of Hero Moto Corp India’s largest motorcycle manufacturer. In 2014, it chose Colombia (over countries like Brazil and Argentina) to open the most modern production plant in South America with an investment of US$75 million that resulted in the creation of more than 2.000 direct and indirect jobs.

From Colombia, the company has initiated exports to Central America of motorcycles using 25% of domestic production inputs and 75% imported from elsewhere. One of the company’s objectives in the medium term is to develop 100% Colombian products.

Another case was that of the Port of Singapore PSA and the International Container Terminal Services ICTSI in the Philippines which acquired 92.3% of the Aguadulce Industrial Port Society in Buenaventura. The conglomerate, which also participated in one of the panels of the webinar, has made investments of US$ 330 million since ICTSI bought the project in 2007 and PSA joined as a partner in 2013, with the inauguration of the port in 2016. It is expected to reach US$ 650 million in revenue, making it one of the most Asian-invested infrastructure works in the country.

Essel Group, an Indian packaging company, opened its production plant in 2016 thanks to the “trust that the group has in Colombia, in the region, in the customers and suppliers”, says the company that also participated in the webinar. It is dedicated to the manufacture of laminated plastic tubes to supply industries such as pharmaceuticals and cosmetics. Today, its sales exceed US$8 million, it generates 160 jobs, and 60% of its production is exported to countries in the Andean region.

The last success story is the Korean company LG Electronics, which opened its first National Distribution Center in Palmira with investments in 2017 and its inauguration in June 2018. From here it provides distribution throughout Colombia. Fidel Shin, president of LG Colombia, said that “the bet for the Valle del Cauca and especially for Palmira is in tune with the positioning that the region has taken in recent years as a joint node connecting the port of Buenaventura with the center, north and south areas of the country”. The investment has generated nearly 500 direct and indirect jobs in the region.