Newsletter 29 – Invest Pacific, in seek of more European investment for the Manufacturing Sector 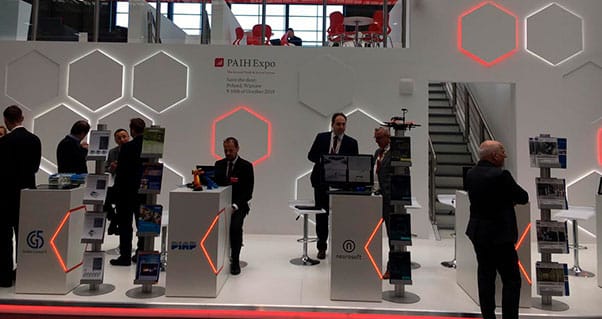 European countries such as Germany, Holland, and France are part of the target markets in which the Investment Promotion Agency in the Colombian Pacific -Invest Pacific- advanced, for two weeks, a strategic mission to attract more foreign direct investment to the region, offering its value proposition to potential investors.

This mission, which lasted until mid-April, was promoted by Invest Pacific, head of the Investment Management of the Manufacturing Sector, with the support of Procolombia. Precisely, in 2018, according to DANE figures, these sectors attracted an investment of 3.4 billion and 11.8 billion dollars in national sales, respectively.

As part of this mission, Invest Pacific also participated in ‘In-cosmetics Global’, the leading event in ingredients for personal care products, which brings together a wide international audience of manufacturing companies, distributors and consultants in the cosmetics sector. This year had the participation of 800 international exhibitors and more than 10 thousand manufacturing companies in the cosmetics sector.

Parallel to this event, one-on-one meetings were also held with companies from the Personal Care and Home Care sectors. In Colombia, this sector generated retail sales of more than 5.4 billion dollars in 2018, which places the market of this sector as the fourth largest in Latin America with a per capita expenditure of USD$105, according to figures from ANDI.

In Germany, during this strategic mission, agendas were developed in Frankfurt with metalworking companies and participated in ‘Hannover Messe’, the world’s leading industrial technology fair, which takes place annually in Hannover, Germany. This important international platform, in its 2019 version, had 6,500 thousand exhibitors from 75 countries and 215,000 businessmen; in addition, it included more than 1,400 events and 80 conferences.

In 2018, Invest Pacific supported the arrival of 20 investment projects.

The investment projects that the region received in 2018 in the Manufacturing sector correspond to the assembly of automotive vehicles and storage of products, with a strong trend, not only in terms of investment but also of reinvestment, where these world players have maintained their expansion plans in the region.

Some of the manufacturing companies that in the last eight years, with the support of Invest Pacific, have found the right conditions to establish and expand their investment projects in the region are: Yara, Furukawa Electric, Unilever, Smurfit Kappa, Express Luck, Indugral, Hero, Goodyear, Rodriguez López Auto, Elementia, Amcor, among others. They come from countries such as the United States, India, Mexico, Australia, Germany, France, Japan, the United Kingdom, Belgium, and England.