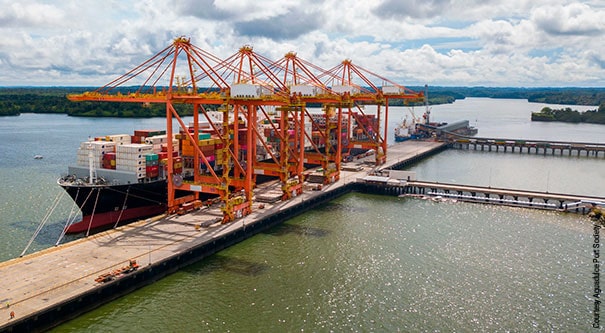 ● This Colombian region offers investment and growth opportunities for U.S. companies that are currently highly dependent on production in China.

Colombia plays a very important role in favoring the investment of American companies, where regions such as Valle del Cauca stand out as a great nearshoring option for U.S. businesses leaving Asia, thanks to the region’s extensive productive capacity to guarantee the supply chain of these companies.

Currently, the U.S. economy is highly dependent on China in many key industries. According to a study by the Henry Jackson Society, more than 50% of U.S. imports come from the Asian country, reaching values that exceed USD $220,000 million, in almost 500 key products for the Metalworking, Automotive, Processed Foods, Pharmaceutical and Electronics Industries in the United States.

That’s why the region of Valle del Cauca, located in the Colombian Pacific, is an appealing solution for U.S. companies looking to relocate due to the effects generated by Covid-19; it offers a wide range of competitive advantages, including the geographical proximity to the United States, its multimodal platform and the benefits of Colombia’s FTA with the North American country. These reasons, among many others, make this region a great nearshoring opportunity for American companies.

Why invest in this Colombian region? Valle del Cauca is the only multimodal region in the Colombian Pacific. Its strategic location makes it an important export and investment platform for businesses with great employability potential thanks to the available human resource in the territory. It has the Port of Buenaventura, six Free Trade Zones, the best highways network in Colombia and an international airport. Additionally, the Port has a direct twelve-day shipping connection to the Port of Los Angeles, California, which facilitates access to markets in the American West Coast.

Developing an operation in Colombia with an export vocation to the United States is also favorable thanks to the fact that the same time zone is shared, and companies can access 67% of the domestic market and 61% of the population within a radius of only 450 kilometers. In addition, the country offers very competitive costs, a wide range of products with a 0% tariff and a stable fiscal regime.

As mentioned before, Colombia has one of the best FTAs with the United States, an advantage that gives Valle del Cauca an ideal position as a nearshoring option within the Pacific Alliance and the Andean Market. It is a region that has a potential of more than 250 million consumers with a per capita income of USD $ 18,266. In fact, this FTA, in its rules of origin conditions, allows American companies that are interested in relocating their operations, to incorporate raw materials and goods in process from China, only committing in most cases to a national added value of 35% to 45%.

Today Valle del Cauca hosts over 180 foreign capital companies, which represent 48% of the region’s exports, and at least 11% of its GDP. 35 of these companies are from the United States, contributing 52% of the exports of all the multinationals in the region.

Valle del Cauca has a large capacity to stimulate production and meet the needs of Metalworking operations in the segments of metal structures for construction and light metal manufacturing. Electrical Equipment in segments such as wiring devices, electricity distribution and control devices. Pharmaceutical and Medical Supplies, for the segments of pharmaceutical supplies and vitamins, etc. And, Macro-Snacks and Agribusiness Supplies.

Now this Bureau is preparing to present to the American companies all the nearshoring opportunities that this Colombian Pacific region offers them.