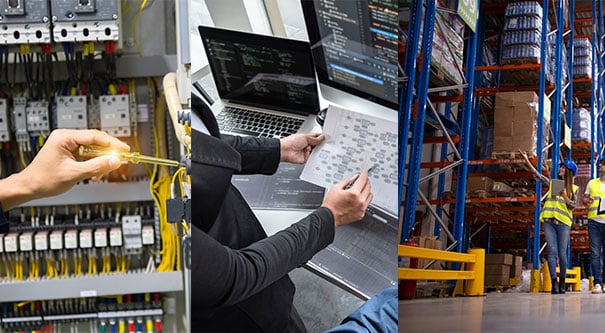 The investment promotion agency in Valle del Cauca, Invest Pacific, forecasts a favorable environment for attracting new FDI initiatives in 2022, driven by new opportunities, competitive advantages offered by the region and to the growing interest of potential investors wanting to settle in this territory.

This year Invest Pacific expects to materialize 23 investment projects worth more than 400 million dollars, creating 3,000 new jobs in Valle del Cauca. In the 1st quarter of this year, 4 investment projects have been supported by the agency and are currently in the process of establishing in the region, with an estimated generation of 371 million dollars and a creation of 680 direct and formal job positions.

Another project is related to Nexans, a French company with 120 years of experience manufacturing cables and fiber optics that recently acquired Centelsa, a leading company in Latin America that manufactures premium cables for the construction and public utilities sectors. Centelsa has three manufacturing plants in Valle del Cauca, which will become the headquarters of Nexans and will provide services throughout the Andean region. The company will also found a research and innovation center in Cali. Nexans already operates four industrial plants located in Colombia, Peru, Chile and Brazil, that employ 1,300 people.

Other projects include companies like Call4U, an American BPO that plans to arrive in Cali, and also a reinvestment project by Kimberly Clark – Papeles del Cauca, who are planning to build a new production line in the north of Cauca.

Invest Pacific has consolidated 300 investment opportunities that are currently ongoing from diverse countries of the Americas, Asia and Europe, promoting a proper environment for future investors to arrive in the upcoming years. This also means that the agency is permanently communicating with possible prospects that have shown an interest in exploring more investment opportunities in the region, some of them are in course.

It is important to highlight that FDI in Valle del Cauca has maintained a positive trend during the last two years. In 2020, 16 investments projects were signed, the following year another 20, this is evidence of the positive dynamic in the midst of the pandemic. In total 5,057 new direct and formal jobs were created in Valle del Cauca, with investments surpassing 300 million dollars.

This year the agency has continued to focus its efforts on local and international business missions, and in participating in events from various sectors to showcase Valle del Cauca to multiple investors. Some of the prospect countries to attract foreign investments into the region include Mexico, Peru, Brazil, United States, Chile, European countries and some local investments as well.

The strategic sectors in Valle del Cauca that have a high value offer are software development and technological operations, BPO, shared services centers; in the agro-industry, fruit production, the agro-export chain, the food ingredients industry; and distribution centers. From the manufacturing sector, there are construction material distributors, packaging and electrical equipment manufacturers.

In order to make all this possible, Invest Pacific works closely with local institutions, (e.g., the governor’s office, Cali and Palmira’s City Hall) among other partners from the public and productive sectors, as well as the academic sector and unions.