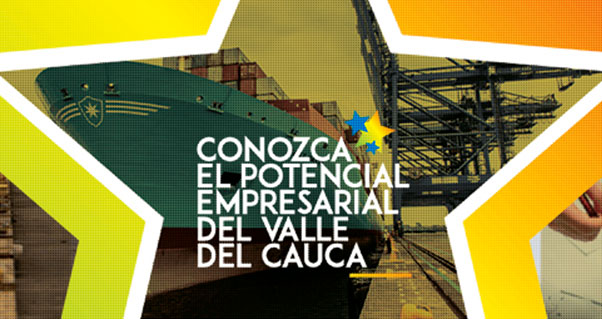 In the context of regional positioning strategy, Invest Pacific welcomes a group of 45 international guests who will be part of a three-day program to learn and experience the key elements of Valle del Cauca’s value proposition to investors.

This delegation includes the so called “foreign investment influencers” who are members of trading firms, binational chambers, embassies, and investment promotion agencies from 25 strategic countries for Valle del Cauca.

The event will take place between November 23rd and 25th taking visitors on a tour to learn, see and experience the competitive advantages the region has to offer their countries’ companies in three business models: Export and manufacturing platforms, Shared Services Centers and Bio-business.

“This is the first time Invest Pacific calls up for a familiarization trip to the area. We wanted to put together an experience that would enable the setting up of Valle del Cauca’s distinctive features, for our guests to become its ambassadors in their own Countries and corporate environments. As long as it is clear to them why is it good to invest in Valle del Cauca, our work as Investment Promotion Agency will be more effective and the international positioning of the region will be stronger” declared Alejandro Ossa, Invest Pacific Executive Director.

The visit takes place in a particular moment for Valle del Cauca and its capital city: Since 2014 the region’s Gross Domestic Product (GDP) grew above national average. Between 2016 and 2017 Cali hit a national record on the completion of new infrastructural projects and Valle reached a historical figure on remittances received.  Likewise, the region hit first place in Fiscal performance nationwide, while the sustained and expedite growth of its exports is still remarkable since the 90’s being able to reach up to 118 countries overseas today.

In terms of investment, Valle del Cauca hosts 150 foreign capital companies, 81 of which settled within the last 5 years. Lastly, the department and its capital city: Cali, were acclaimed in 2014 and 2017 among the 10 direct foreign investment destinations with the best cost/benefit ratio in the American continent according to Financial Times.