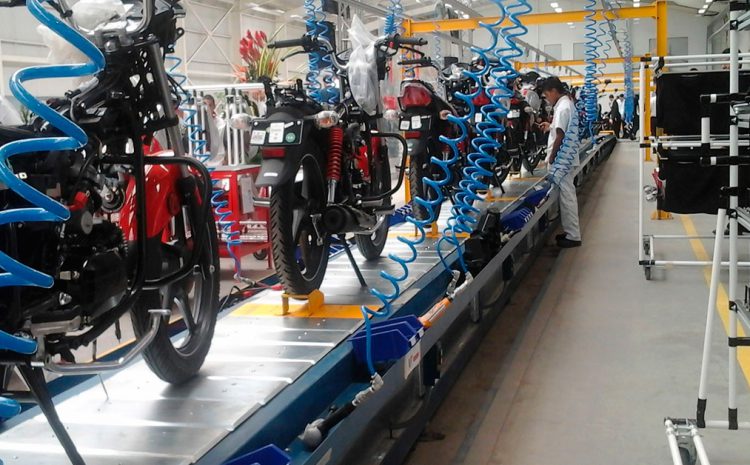 • 150,000-unit second-phase to boost production, as well as direct and indirect jobs

• Total $70-million investment: $38-million capital investment with the remaining sum being applied to working capital over the next 3 years

\”Our Colombian operations mark a step up to the next level in our global expansion plan. We have already hit the 19-country mark with our companies throughout Asia, Africa, South and Central America, and with this latest one, we will have established a network of cross-continent production plants capable of meeting the needs of not only existing markets, but of potential ones, as well. We set the cornerstone for our Villa Rica Cauca plant today – the first Indian motorcycle manufacturing plant in Latin America. Once it’s up and running at the end of 2015, we’ll be able to turn out 78,000 units in rapid succession, which will swell to 150,000 over the coming 3 years. We have invested 70 million dollars in Colombia through our very own 100% HMCL Colombia capital. Our cutting-edge tech-outfitted plant will bring this nation the world’s most advanced motorcycles. As we build up our distribution network and anchor ourselves more deeply in the country, we will be able to generate hundreds of direct and indirect jobs and become industrial development contributors for Colombia.

The world’s largest motorcycle manufacturer, Hero MotoCorp Ltd., is on its way to meeting its goal of expanding into 50 countries by 2020 with its 100% own-capital high-tech state-of-the-art Colombian production plant.

The total $70-million investment is split into $38-million from capital investment with the remaining sum of 32 million being applied to working capital over the next 3 years. This hefty investment will come from Hero’s HMCL BV Dutch subsidiary, which was also built on the multinational’s 100%-own capital. The Colombian state-of-the-art plant will be 68,000 m2 at the ‘Parquesur’ Free Trade Zone in the Cauca Department, just 25 Km south of the city of Cali in Valle del Cauca. Hero’s state-of-the-art 78,000-unit initial-phase in Villa Rica Cauca is slated for opening in mid 2015, and its 150,000-unit second-phase will boost production, as well as direct and indirect jobs. These impressive figures position the New Delhi based company to become the first Indian motorcycle company to have a Latin American production plant built on 100%-own capital.

Hero MotorCorp had a record setting 2013-2014 sales year when it sold the most motorcycles by any manufacturer in a year. Hero has also set a historic manufacturing record when it hit its 50 millionth motorcycle.

HMCL has formed strategic technological alliances with renowned companies across the globe, and is currently putting up a Global IR&D and Tech Center in India.

By 2020, Hero Colombia expects to have 100 million accumulated production units, and reach an annual motorcycle and scooter sales of 12 million units. The company also hopes at that point to have over 20 production and assembly plants scattered around the globe and to be selling in 50 countries.